The photographs on this page where originally created in 1997/98 with the Kodak DC120 digital camera.

Even at the time, reviewers remarked on the durability of the Kodak DC120 model. To this day, some are still in use although replacement parts are impossible to acquire. The camera can take decent photos in normal light, but everything else is very non-intuitive compared to the modern digital cameras and cell-phone cameras.

When I started building my first website, the Munich City Guide https://www.perob.com in 1996, I wanted to include photos. Affording a digital camera was beyond my means, so I wrote to the Kodak Company in the United States. I explained what I was doing, and hoped they could loan me a digital camera. To my surprise, Kodak provided me with their soon-to-be-launched DC120 camera, free of charge, to use so long as I put details of the camera and manufacturer on the site. 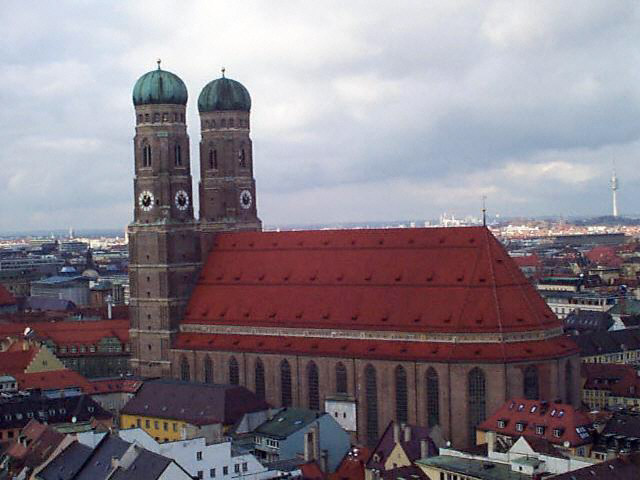 Over time, things changed and the DC120 was overtaken by newer digital cameras from Japan. With the agreement of Kodak, I passed the camera on to my brother in England. He used it for a few years, then sent it to his son in Perth, Australia.

I heard nothing more of the camera until June 2015. It was then that I received an email from an Austrian photojournalist, stating he had seen the information about my use of the Kodak DC120 camera on the Munich City Guide web page. He advised he was a collector of early digital cameras and inquired if the camera were available.

I contacted my nephew and confirmed the camera still existed and also still worked. Alas, it was not for sale. According to the collector, the DC120 can fetch from $2000 to $10,000. In the lifetime of the camera, the once-great Kodak Company has gone extinct, and the few remaining early cameras are relics of what could have been.

Very few corporate mistakes match that of Kodak’s missed opportunities in digital photography, especially considering their role in inventing the technology. Kodak management conducted market intelligence studies in the early 1980s regarding the viability of digital photography. This research, as reported by Kodak’s head of intelligence Vince Barabba, clearly showed digital photography had a good chance of replacing Kodak’s well-established film-based business. The research also indicated Kodak had a window of approximately ten years to prepare for this transition. This research was incredibly accurate.

However, during the decade-long opportunity window, Kodak leadership did little or nothing to prepare for the disruption to their film-based business the new digital products would inevitably cause. George Eastman, the company’s founder, avoided the same mistake previously when he moved photography from profitable dry-plate business to the new film technology. He again dodged the bullet when he bought into colour film even though Eastman Kodak dominated black and white film technology.

Rather than prepare the business for disruption and change due to the coming digital photography revolution, the new Kodak chose to use digital technology to improve the quality of film. Kodak Research Labs created the first digital camera, the Advantix Preview film and camera system. However, the digital technology was simply a way for users to preview film shots in the camera. The Advantix system, developed at a cost of over $500M, flopped because consumers were wise enough to figure out they should not need to buy a digital camera and still pay for film and prints.

Kodak also hired a CEO, Kay R. Whitmore, who stated, “He would make sure Kodak stayed closer to its core business in film and photographic chemicals,” (12/9/1989 New York Times). They declined to place Phil Samper, an internal Kodak employee who was also a strong advocate for digital technology, in the CEO position. Samper went on to be President of Sun Microsystems and CEO of Cray Research while Whitmore was sacked from Kodak in just over three years.

Kodak ran through several more CEOs over the course of a decade, each failing to manage the digital transition. It seemed they regarded digital photography as an enemy, and felt obligated to protect the chemical-based film and paper business that had built Kodak profits for so long. This failure to accept the technology changes, in spite of past successes, and to move on to newer technologies ultimately doomed Kodak.

Such strategic decision-making crossroads always present risks and opportunities whenever new technologies are on the doorstep. As Vince Barabba later wrote in his book, “The Decision Loom,” four interrelated abilities are required to allow market intelligence professionals to deliver effective decision-making capabilities to company management.

The manual for this camera that was on the Kodak website has now been removed as of September 2016.