Munich Information for the visitor and traveller

Munich is the capital of Bavaria, Germany and has much to offer the international visitor and is part of the European Union or EU, ( EG) and has approx. 83 million inhabitants. The currency is the Euro €.

The Oktoberfest is the largest “Volksfest” (peoples festival) in the world and is held approximately the last two weeks of September, many breweries produce a special Oktoberfest bier which is stronger than normal. Only a brewery from München can have a beer tent at the Oktoberfest. The Oktoberfest beer is served in a maß krug (mass) glass, which is about two pints.

The famous German weissbier can be found at the Oktoberfest, and the special Oktoberfest breze is also available. The  festival is held in September and many of the visitors also visit  some of the local breweries, which include, Hacker-Pschorr, Spaten, Löwenbräu, Paulaner. Remember, if you plan to visit the Munich Oktoberfest , you need to book early as all the hotels will be full.

All German, Bavarian and Munich beer (bier) is brewed to the Reinheitsgebot, which specifies, only water, malt, hops and yeast can be used to create probably the best beer in the world. Bavaria is the largest of the German states and is in the southern part of the country, bordering on Austria and the Czech Republic. The Bavarian capital of Munich is situated 540 metres (about 1,500 feet) above sea level, and has about one and a half million inhabitants.

Munich is close to the mountains, which are about 80Km away. Sometimes a Föhn (Hot wind) comes up from Italy over the mountains and the city can be 10C – 15C degrees warmer than the rest of Bavaria. The river Isar passes through the centre of the city.  The Munich motto is, The world city with a heart. The Deutsch name is München or Muenchen, never munchen. Visitor information is available at the Munich Tourist office, located close to the main railway station (Hauptbahnhof).

Most major airlines fly into the modern Munich airport called Franz-Joseph Strauss located about 15Km outside the city. Bus, train and taxi’s are available to take the visitor to down town Munich in about 45 minutes. English is very common and the average Munich born person also speaks the local Bavarian dialect, Bayrisch. Munich is a photographers dream, and to help the international visitor to the Bavarian capital, many images, photographs and pictures are displayed on this portal.

What to see in Munich

What to see? Start with the Marienplatz, where the world famous Munich Glockenspiel is located in the main town hall building, the Mariensäule (Holy Mary) statue is located in the centre of the platz. You must not forget the Frauenkirche (Fraünkirche) church, also close by is the Viktualien Markt (market) and great shopping areas.

The Nymphenburg Schloss (castle) is one of Munich’s favourite visitor attractions and can be access with the number 17 tram. This is also good for the Botanical Gardens. The 1972 Olympic Games were held in Munich and ended in tragedy with the deaths of 12 Israelis athletes. Close by the Olympic Park is the BMW museum.

The Munich City Guide has been open since 1996. Here you find information on Munich’s history and culture. The hotels in Munich cover all ranges and generally of a high standard. There are many Munich festivals. You can request more Munich information by contacting the Munich visitor information centre near the Hauptbahnhof, travel information is also available.

An Englishman in Munich

As an Englishman that lived and worked in Munich, I thought it would be a good idea to create a website that has a lots of  information about the city, culture and people. Hope you find it useful. This city guide is now 21 years old.

You may see Munich spelt as München, Muenchen or Munich , incorrect spelling is Munchen. 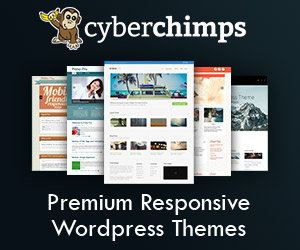 Use a banner advert here to market your company. Ideal for local companies